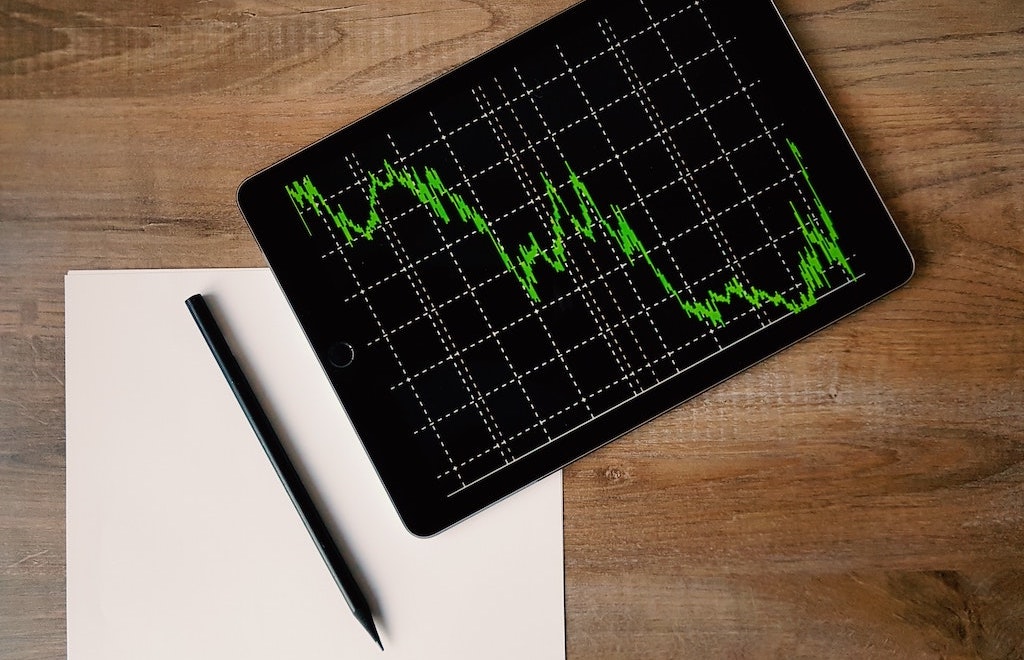 Did you hear the yield curve inverted?  Oh man; this bond term – once just talked about in the confines of bond pits by bond nerds – is now a heavily Googled term.  I would assume, along with “snowflake,” “screen time,” and “gig economy,” that “yield curve” soon will be added to the Merriam-Webster lexicon.

Does it matter? Sure. But it may not be the only signal we should focus on in regard to a possible recession.

The markets’ response to inversion shows market participants are hyper-focused on one signal.  It reminds me of a Seinfeld episode. A lady friend of Jerry’s calls him to ask if she can stay at his apartment, as there are no decent hotels with vacancy in Manhattan. Once she arrives, she asks for a glass of wine and inquires as to what they could do the next day.  Jerry being Jerry, received this signal and believes this will be a romantic evening. Then the phone rings and on the phone is her fiancé. Sorry Jerry, wrong signal.

Historically there have been inversions before recessions.  A recession can take upwards of two to twenty months after the inversion. However, the yield curve has been flat for some time, and it does not take much to invert it.  The days of an upward sloping curve may be history. 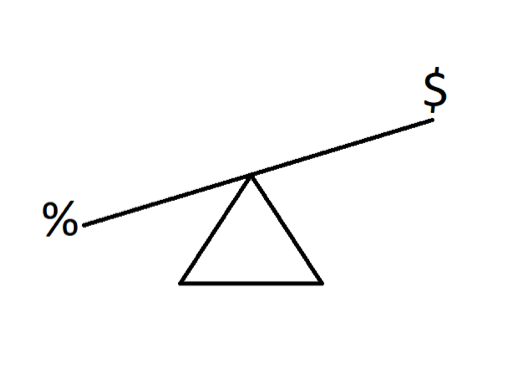 As Sir John Templeton said, the phrase “this time is different” are among the four most costly words in the annals of investing.  However, this time may not be different, but peculiar. Today we sit with 25% of sovereign debt at negative yields. Germany just sold under €1 billion 30-year bonds with an interest rate of zero.  We have unrest in Hong Kong as well as in other countries. Who has attractive yields (all relative)? The United States of America, and we continue to see foreign interest in our Sovereign debt. Bond prices and interest rates have an inverse relationship.  As bonds are purchased, prices move higher. As prices move higher interest rates move lower. 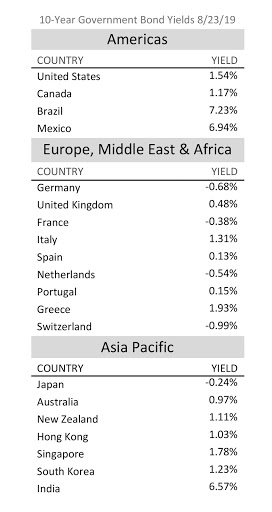 We do not see a recession on the horizon, since retail sales were better than expected as was the Empire Manufacturing Index and non-farm productivity.  That – along with a strong labor market and low inflation – are not indicators of an imminent recession. A recession will come, we just believe it is not any time soon.

What could go wrong?  The world ex-United States has been weakening, while domestic companies have been reluctant to spend due to the trade war.  Britain is due to exit the EU October 31st and currently has no exit plan in place.  The reduction in corporate spending could lead to layoffs, reduced hiring and cuts to overtime, which would impact consumer spending and sentiment.  However, we do not see a recession in the narrative at this point. As Bank of America CEO Brian Moynihan stated, “we have nothing to fear about a recession right now except for the fear of recession.”

Our advisors are always available to discuss your savings and investment goal for today and the future.

Past performance is not a guarantee of future results. Indices are not available for direct investment. The information contained herein is based on internal research derived from various sources and does not purport to be statements of all material facts relating to the securities mentioned. The information contained herein, while not guaranteed as to the accuracy or completeness, has been obtained from sources we believe to be reliable. Opinions expressed herein are subject to change without notice.