Quarter 1 – A Year in Review 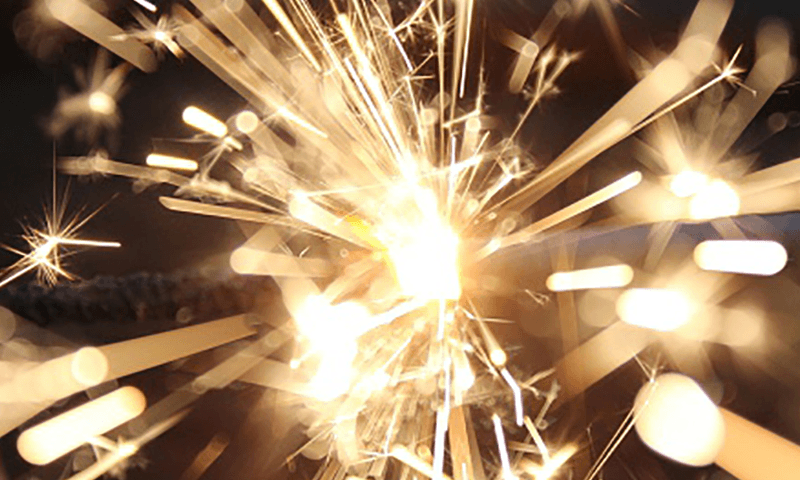 Raise your Red Solo Cup to 2016, a year of surprises. Stateside we elected a new President while Carnegie Deli elected to serve their last sandwich. Bob Dylan won the Nobel Prize while LeBron brought one to Cleveland. There was a failed military coup in Turkey and a failed marriage between Brad and Angelina. We searched for Pokémon while Sean Penn located El Chapo. We said goodbye to a lot of great people and hello to shiplap. We went to Rio and Michael Phelps came back with more medals than anyone. Russians hacked, Yahoo was hacked (twice) and Samsung was on fire. Peyton won the Super bowl and the Chicago Cubs had their first in over a century. Zika spread and EpiPen costs soared. Wells Fargo created fake accounts while Facebook had some fake news. Oh and Robert Hulseman, the inventor of the Solo Cup, passed.

2016 was a year of surprises in the markets also. The end looked much better than the start. We started the year with over a 10% pull back. Market participants were digesting the slowdown in China, falling oil prices and a belief that the US would go into recession. Later in the year we had the Brexit vote. The United Kingdom voted to consciously uncouple from the European Union and the markets were initially unhappy only to carry on rather quickly. We ended the year the same as we ended 2015 with the Federal Reserve bumping rates a quarter of a percent. Markets around the world faced the wall of worry and prevailed.

Interest rates have moved up a bit and there could be additional movement, we believe that bonds are still a core part of an overall portfolio. Most of the bonds (Individual, Mutual Fund and ETF) we hold are of the short term variety. While the increase in rates initially lowers the value, the short term nature allows them to recover rather quickly. For taxable accounts municipal bonds look very attractive at their current yields. You will see below that rates ended the year pretty much where they began the year.

The Bloomberg Commodity Index Total Return gained 11.77% in 2016 with Zinc as the strongest performer followed by Heating and Brent Oil. Not a great year for farmers as hogs, cattle, corn and wheat clocked negative returns.

In November we held our first Spinnaker Investment Committee Meeting. We were happy to have speakers from Blackrock, Invesco, Anfield Funds and Cross Plans. We had great discussion around the bond market and the Fed. The general consensus was that the economy is strong enough for rate hikes in December 2016 (it happened) as well as into 2017. One interesting point was the fact that Japan’s Federal Reserve will own about two-thirds of their own debt. Japan has tried to stoke their economy with buying their bonds and that has not moved the needle. The end of Quantitative easing in the US is a good thing. The monetary actions by the Fed have not had the desired effect on our economy. The belief is that the new administration will use fiscal rather than monetary actions to move the economy (try not to be like Japan).

The discussion lead to the stock market. We all believed that we could see lower taxes, less regulation and more spending on infrastructure. Lower taxes are a welcomed site for corporations. If the new administration is able to get corporations to repatriate cash that is overseas, that could be positive for the economy and the markets. As the chart below shows we are behind the curve when it comes to lowering corporate tax rates as most countries have lowered theirs. Less regulation is a two edge sword. It is fine if it can ease a jam, but not so fine if it leads to excess (i.e.: mortgage lending in the early 2000’s). Infrastructure is also a mixed bag as the State and local governments tend to do the largest percentage of spending in that area, not the Federal government. Our conclusion is that a pro-business US with our political stability, property rights protection, and potentially favorable corporate taxes could become an attractive area for investors to spend and invest their money.

Conclusions from the meeting

We are excited about the prospects for 2017, but we are concerned that 2016 borrowed from 2017 returns. Investors are anticipating the tax cuts, fiscal stimulus and reductions in regulations. We hope that tax reform will bring out the “animal spirits” and get corporations spending and expanding. The good news is that the economy had bright spots before the election so the markets were setting the stage for an uptick. In our equity allocation we are roughly 80% in domestic stocks and 20% international. We like that balance.

Gains and Losses Are Not Equal

The stock market is a giant distraction.

After a surge like we felt at the end of 2016 we must remember that today’s winners can be tomorrow’s losers. Our job is to earn our clients a rate of return, but we also need to keep that gain. It’s not what you make it’s what you keep.

As the chart below shows, if you were to make 43% in an investment, it would take a 30% pull back to completely erode your gain. With that in mind, we have been rebalancing your accounts to get them in line with the original allocations. We will be selling the areas that have had gains and allocation to areas that are lacking. Starting a new year is also a time to review your risk tolerance.

Looking at 2017 and the measurement marks, we believe the bull market will continue although sharp gains we had at the end of 2016 could give way to sideways and/or potential pullbacks. The economic data has improved alongside a more business friendly administration. We see momentum as we enter 2017 with consumer confidence at it highest level since July of 2007. Housing has continued to increase and the Commerce Department reported a 3.2% Gross Domestic Product in the third quarter of 2016. We are also glad to see investor flows in to stock mutual funds which could help keep the bull market alive. Interestingly, roughly 40% of Americans age 18-34 live with their parents. Should this group venture out that could bode well for our economy. The downside marks could be that the administration fails to provide the stimulus anticipated, the political environment in Europe, risks in China and subdued trade should there be protectionist policies.

We hope that all of your troubles during the coming year be as short as your New Year’s resolutions.

The S&P 500 Index is a free-float market capitalization weighted index of 500 of the largest US companies. This index is calculated on a total return basis with dividends reinvested and is not available for direct investment. Charts from Dimensional Fund Advisors. Inflation is typically defined as the change in the non-seasonally adjusted, all-items Consumer Price Index (CPI) for all urban consumers. CPI data are available from the US Bureau of Labor Statistics. Stock is the capital raised by a corporation through the issue of shares entitling holders to an ownership interest of the corporation. Treasury securities are negotiable debt issued by the United States Department of the Treasury. They are backed by the government’s full faith and credit and are exempt from state and local taxes. The indices are not available for direct investment; therefore, their performance does not reflect the expenses associated with the management of an actual portfolio. Past performance is no guarantee of future results, and there is always the risk that an investor may lose money. Diversification neither assures a profit nor guarantees against loss in a declining market. The information contained herein is based on internal research derived from various sources and does not purport to be statements of all material facts relating to the securities mentioned. The information contained herein, while not guaranteed as to the accuracy or completeness, has been obtained from sources we believe to be reliable. Opinions expressed herein are subject to change without notice.