What a difference a month makes. In January we had the Houston Astros’ sign stealing scandal (hmm, we don’t hear much about that now) and Megxit (Prince Harry and Meghan leaving the royal family). February, we watched the battle of the young guns as the Kansas City Chiefs defeated the San Francisco 49ers and we mourned the death of Kobe Bryant.

Then came March, the month that changed everything. I am sure many people thought working at home would be great, until it became the new normal. We watch markets gyrate, businesses halt and our daily routines completely altered. Most of us would enjoy going to a restaurant, or a bar, or even get a haircut, but we are doing our part to flatten the curve.

Although not related to COVID, we are living in a world where a 12-piece bucket of KFC chicken or a bottle of Absolut Vodka are more expensive than a barrel of oil. If only we could get out and enjoy the lower gas prices (j/k gas prices never go down in California).

The employment numbers were horrendous and they will continue to look bad for some months. Fortunately, the market understood and expected the large number. The quickness and scale of the losses are without precedent. The prior worst week was in 1982, with a print of “only” 695,000.

Our economy has been forced into a coma. At least the patient was healthy before being forced, allowing a positive outcome once the propofol wears off. Hold your shock though, as we can expect to hear about increased deaths, deficits, job losses and bad economic reports in the weeks to come. This is not our first pandemic or “war” we have fought. However, much like past fights, we came out of them changed and this time will not be different. Many employees will continue to work from home, causing strain on commercial real estate as companies decide to cut their office space needs.

Our supply chains will change, potentially bringing manufacturing closer to home. This will have ongoing impacts to the emerging markets, namely China.

Stock markets pulled back across the board. Big, small, international, domestic and emerging markets retreated. US stocks turned in their worst quarter since 2008. These declines happened as investors reexamined their expectations for the future. A good portion of the outcome is unknown, so investors added a fear premium.

Bond rates dropped significantly across the yield curve. The US saw negative yields a few times in March and there doesn’t appear to be any catalyst to get rates moving upward. Low rates will be part of our life for some time. Stocks versus bonds is an interesting discussion when you look at the yield on the S&P 500 being close to 2% versus a 10-year bond at roughly 0.70%. One could perceive more risk in stocks, but there is a risk to long term investors sitting in a ten-year bond earning less than 1% per year. 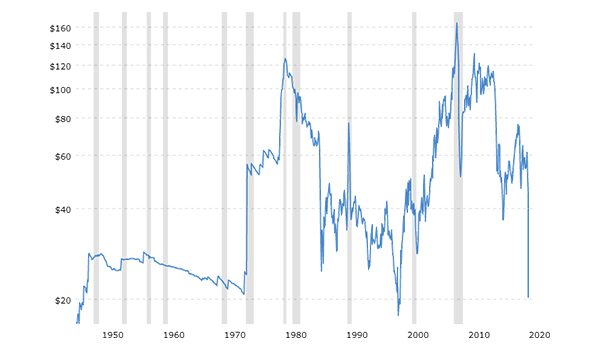 The Russians and the Saudis are playing a game of chicken and at some point, one will flinch. The Saudis need oil at roughly $80 a barrel to run their economy while Russia is around $60.

They are both happy to squeeze the shale producers in the US, which has helped us become energy independent. We may not see higher oil for some time as the global economies are not looking for the black gold. 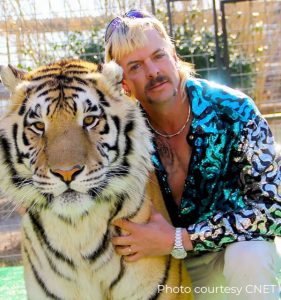 I am sure most of you have watched or at least heard of Tiger King on Netflix. Watching how to prevent a tiger attack showed parallels to surviving this market. Starting with remaining calm and fighting the urge to turn your back and run. Then you need to make yourself big, look and feel brave and whatever you do, do not run. Finally, repel the attack with noise. If you shout at the tiger, do it with confidence.

Volatile markets remind us to remain calm as this tiger of a market is staring us down and growling loudly. This is not time to run, in fact it is time to rebalance and review your risk tolerance. Making those decisions are not without fear and concern, but we need to take on this tiger with confidence.

Markets will bounce back and they tend to move quickly as the chart below shows. Gains will come from the pains we are feeling currently. 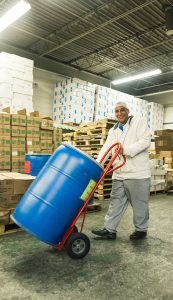 The invisible hand is the unintended social benefit of individuals working in their self-interest.

We have read that Carnival offered cruise ships as temporary hospitals, GM and Ford are making ventilators, distillers and brewers are making hand sanitizers, and individuals are making and donating masks. Don’t ever short America. The American spirit and ingenuity will pull us through and make us a better Country.

We wish you all health and sanity as we stay at home. We look forward to seeing you face-to-face, maybe having a drink or lunch. In the meantime, be safe and let’s flatten this curve.