What a comeback. The first quarter we experienced one of the fastest bear markets on record, 16 days. The second quarter staged an impressive bump forward.

From 2015 through 2019 there was not a single daily gain of 4% or more. This year, there has been eight of those moves including five days with 6% or greater gains.

We have also watched the comeback of the day trader. With COVID-19 putting sports on the sidelines, sports betting has shifted to day trading. Reports say this spectacle partially explains the disconnect in the economy and the stock market.

These companies have a tremendous amount of debt and are facing bankruptcy, but that did not stop the action in the firms.

Hertz is sitting on $19 billion of debt of which $11 billion is tied to leased cars; their chance of survival is limited. As quick as they ran-up, they moved back down, leaving some investors whipsawed. My neck Hertz. 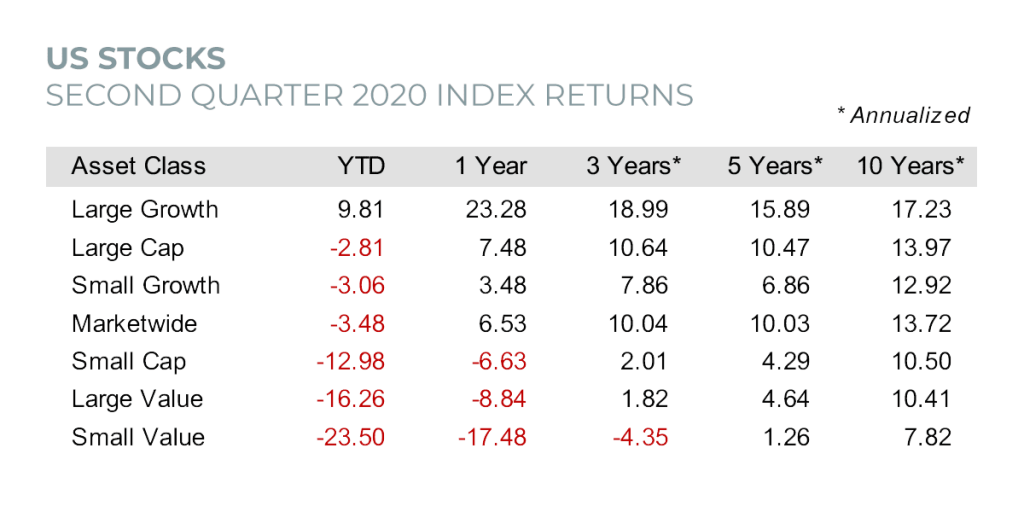 The S&P 500 is still down for the year as the bulk of the other stocks remain depressed. Small and value companies have some digging to do to get out of their hole.

We have been adjusting our models to reduce exposure to financial and industrial sectors that tend to show up in the “value” camp. 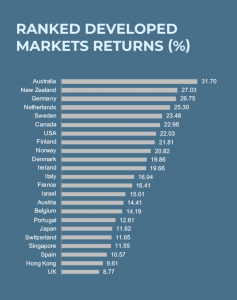 Smaller companies carry more risk and investors chose not to take that on, choosing to place bets on larger potentially safer companies instead.

Although the U.S. outperformed overall, Australia was the top percentage gainer, justifying owning some international holdings. 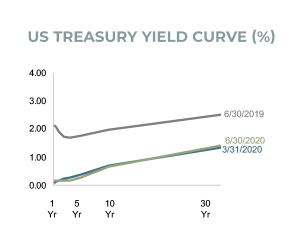 US interest rates were little changed from the prior quarter, but what a difference a year makes. As of this printing 30-year Treasury rates hover around 1.4%… not an attractive yield. The 10-year yield is around .65%, great for a mortgage refinance or home purchase, horrible for investors. We do not see a catalyst to move rates higher.

We hear a lot of investors voicing skepticism about the current market. Skepticism is warranted, as the market has moved up rather quickly, ‘betters’ versus investors are in the market, and the economy stinks. 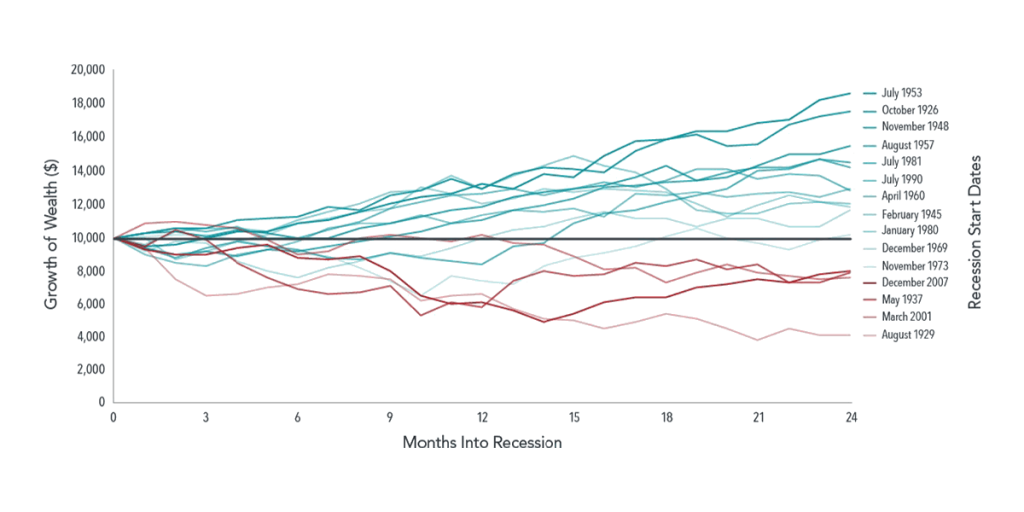 Markets historically have rewarded those who remained invested (see chart). Spinnaker has always been about investing and not betting.

As investors we still see value in some parts of the market, especially with interest rates as low as they are. As many investors who sold in the first quarter now realize, you cannot win if you are not in.