Market Update: The wheels on the cart go 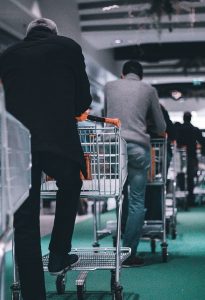 Have you ever shopped before and experienced the cart with the bad wheel? The wheel that just cannot go straight, it has a mind of its own.

You fight it, squeezing and pushing on one side of the handle to get it to move in a straight line. You could go back and grab another cart, but that would be to admit defeat, you are going to tame the wild beast.

You take one hand off the cart to read your list and boom, you hit the giant Coors Light display in the shape of a goalpost. So, you grab the handle with both hands, and internally start to cuss the cart. Luckily, you do not have a large list, but if you are like me, you do not know where anything is located. You pass other shoppers and they give you the “look,” they know the struggle.

You finish your shopping, load up your car and head to the cart corral (don’t get me started on those who do not use the corral), but you are stopped by another shopper asking for the cart. You are polite, you tell them that it has a bad wheel, but they take it anyway and the saga continues.

We are fighting the wheel of a bad economy, at least in some areas.

There are more than 2.5x the number of jobs lost today than the Great Recession of 2008/2009. The Fed is dumping trillions of dollars of stimulus to keep us out of what would be akin to the Great Depression.

We have an election in November (more on that later). The wheel is fighting us, but the stock market cart is still moving forward. 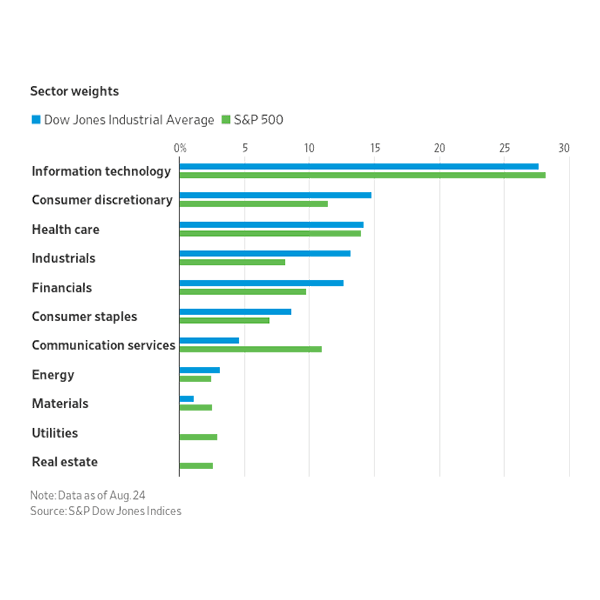 With help from the government in the form of Payroll Protection Program (PPP), supplemental unemployment benefits, and other lending programs the recessionary effects of this recession have been muted.

That cart is loaded with tech and communication stocks. Technology and communication services stocks have dominated the recovery over the last few months. The weighting of the top five stocks in the S&P 500 (all are tech) is over 30% higher than the peak before the great tech bubble. So, while the “market” is up, it is heavily dominated by a select group of stocks.

As the chart below shows, the dominance/performance of the top five is much different from the last few market pullbacks. After the last recession and subsequent bear markets, the move forward was broad as the “other” 495 stocks lead the performance.

From that you may opine, if the S&P 500 were to lose value, you may not be affected. Huh? If those five big tech stocks start to move down, there are plenty of stocks that could take the reins in your portfolio. If you are heavy in tech and S&P 500 funds, well then you may feel it. 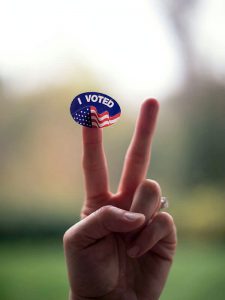 Based on current data, Wall Street is almost even on donations to the Republican and Democratic parties. Through June 30, over $800 million was donated from banks, real estate companies, securities firms, and their employees. Based on the split, Wall Street appears to be somewhat unconcerned as to who wins.

But the Street is concerned about a disputed election. A contested result could add weeks of volatility. During the disputed 2000 election, the S&P fell 8.4% between election day and Gore’s concession in December.

The Driver of the Cart Says…

Just like the broken wheel, try as I might to control it, I cannot. But there are things we can control. We can control our avarice; we should not chase the latest drug stock that is burning cash. We can steer our discipline with diversification and mindful rebalancing.

For now, we will ride this momentum. Investor sentiment and momentum can override fundamentals for a time. So, next time you are stuck with the bad wheel, make sure it does not derail your course. Contact us today.