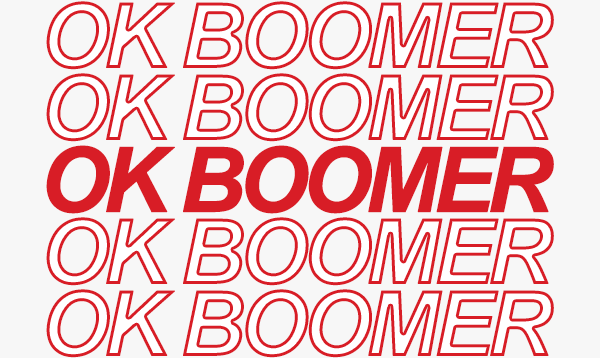 Well that was a better finish. 2019 was a year where virtually all asset classes performed well. Unlike 2018, when the stock indexes turned negative as the market decided to selloff in the fourth quarter and erase gains.

Other than the market being on fire in 2019, PG&E admitted to causing the deadliest and most destructive fire in California history, which did not spark joy. We watched the Rise of Skywalker and the end of winter. We couldn’t get enough of Popeye’s Chicken sandwiches, White Claws and baby Yoda. The Cybertruck was launched while the 737 Max was grounded.

The college scandal, Varsity Blues, roped in Felicity and Aunt Becky while the NCAA agreed to let athletes earn money. In America, our women’s soccer team won their fourth World Cup, we became energy independent while our friends in England look to become independent of the European Union. Baby Shark, doo doo doo doo doo doo. The streaming wars took off as a few major IPO’s did not; Slack, Uber, Lyft, Pinterest and We (didn’t) Work. OK Boomer.

A great year for stocks. Equity markets around the globe posted positive results. The US outperformed the non-US developed and emerging markets in 2019. Large cap stocks outperformed smaller stocks, while growth was a standout. Looking at countries, Switzerland was the best performing developed market while Greece was the top emerging market performer.

Looking back at the last decade and reviewing the best performer in the S&P 1500 gives us an interesting winner. No, it is not Netflix, Apple, Cannabis, Biotech or AI… the winner is Patrick Industries. This is a company that manufactures and distributes building products and material for the RV, marine, and manufactured housing markets.

Not all that exciting, but another lesson to own the market and not chase the bright light.

Interest rates decreased in the US Treasury markets during 2019. The entire yield curve shifted lower, which worked well for bond investors but harmed those with savings accounts. In general, we saw the same outcome in international bonds, as most countries saw rates decrease while Japan and Germany continue to have negative nominal rates.

We do not have the appetite for owning lower grade bonds at this point. At these low interest rates, corporations have been taking on debt to buy-back their shares. There has been a rise in “covenant-lite” (not a good contract) bonds that may not end well should the economy slow.

The Fed has become dovish. They reversed their stance on rates and reduced the Fed Funds rate in 2019. The economy improved and recession fears evaporated, so we do not anticipate further reductions at this time. 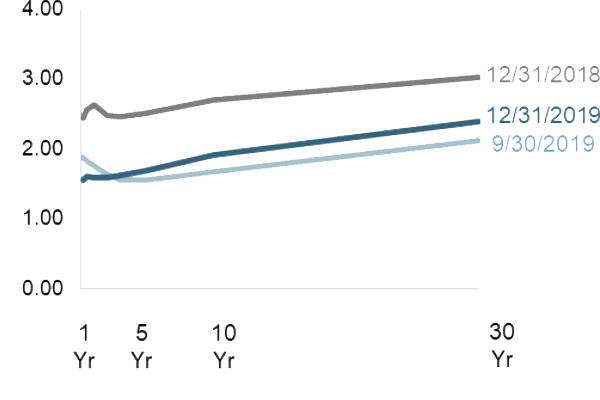 Fundamentals are solid, but that doesn’t mean the markets can’t sell off. American economist Hyman Minsky once said, stability breeds instability. The last few years have been pretty stable. Most bad loans and bad decisions are made during good times. Consumers have reduced their debt loads as companies have expanded theirs.

Oxford Economics senior economist Lydia Boussour wrote on October 31st, “half of investment grade corporate bonds are in the lowest tier by credit rating, versus 37% in 2011. And 80% of leveraged loans are covenant-lite, versus 30% during the financial crisis.

To put that into perspective, default-prone Argentina found buyers in 2017 for 100-year government bonds and Greece has buyers of their 10-year bonds that yield just over 1% per year. As investors stretch for yield, they are taking on higher levels of risk than are warranted (and compensated).

We believe that while this bull can continue into the election, it may be more of a bucking bull. For those reasons, we believe it is prudent to move some positions to funds that have more of a dividend tilt on the equity side and higher quality on the bond side.

This is not a forecast of a pullback in the market, but should one happen, these funds tend to hold up better in those scenarios. We anticipate making the moves this month and you should see transactions in your account.

As always, please call us with any questions. Our advisors are always available to discuss your savings and investment goals for today and the future.