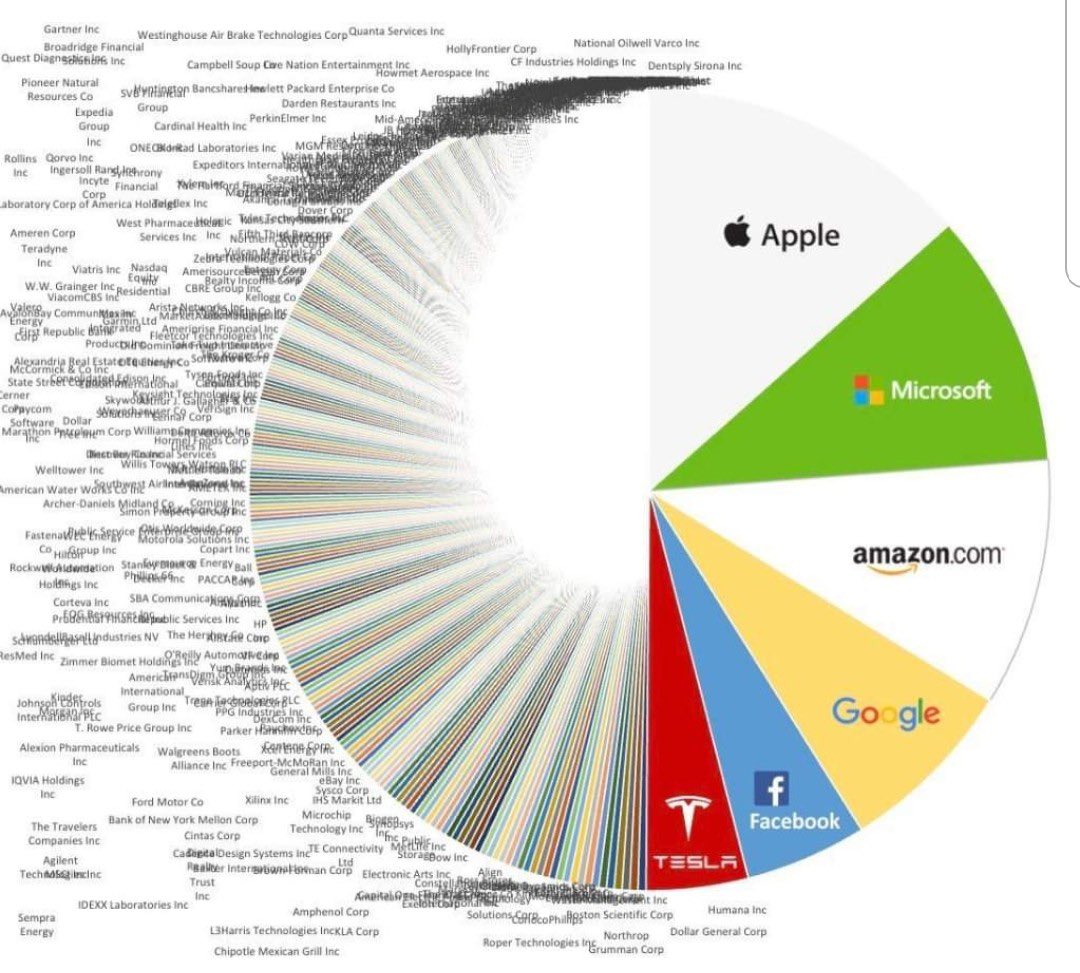 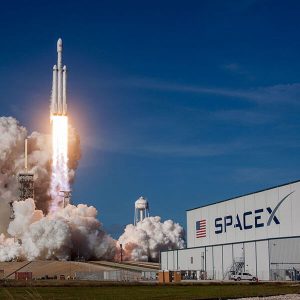 2020 was far from normal and we are happy to distance ourselves from it. Other than the obvious, what else happened in 2020? There was a lot we forgot about and a lot we should be proud of.

SpaceX launches two astronauts into space for the first time, Tiger King, Columbus, Ohio may change its name to Flavortown after Guy Fieri raised $21.5 million to assist restaurant workers, Megxit and Brexit, toilet paper out of stock as bidets were booming, J-Lo and Shakira at halftime, drive-in movie theaters, restaurants shared their secret recipes, we adopted pets, world’s first mRNA vaccine was made in less than one year, and Dolly Parton is a national treasure.

The economy was completely unbalanced in 2020. Housing and autos did well as leisure and hospitality tanked. Masks were hot and lipstick was not. Residential real estate boomed as commercial real estate took a beating. Brick and mortar felt pain as online retail gained. We saw the money supply explode while money velocity was weak (hence no inflation).

Top five S&P 500 stocks did well as the other 495 did alright. “Stay-at-home” stocks surged while the “get-outside” stocks sank. But that is not the only story. Although the S&P 500 had a great year, it was eclipsed by the Russell 2000 (small stocks) and emerging markets small cap indexes.

Return of the SPAC

Incredible growth especially when the SPAC goes public with no assets, then later merges with a private company. Investors were willing to take the risk as big money was chasing few opportunities.

2020 was a great year for Initial Public Offerings, as more than $140B was raised on U.S. exchanges, far exceeding the previous full-year record high set at the peak of the dot-com boom in 1999, according to data from Dealogic. 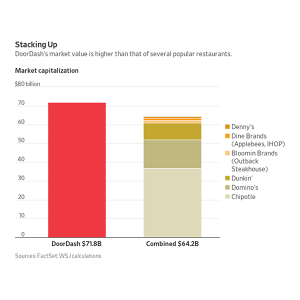 The Wall Street Journal reported that some of these new tech companies are trading at roughly 24x the total of their 12 months prior revenue, the highest ratio in two decades.

They further reported that DoorDash is worth nearly 2x Yum Brands, the owner of Pizza Hut, Taco Bell and KFC. Airbnb is worth as much as Marriott, Hilton, and Hyatt combined. But the demand was there, valuations were so frothy, and companies took advantage of it.

Companies realized, equity does not need to be paid back like debt, and there is no interest. It is permanent capital.

Interest rates remain unattractively low and should remain that way for 2021. The FED has pumped a tremendous amount of liquidity in the system but, as stated earlier, money velocity remains low.

Money velocity is the measurement of the rate at which money is exchanged from one entity to another. The higher the velocity, the greater money is exchanged, the higher inflation can go. Current mortgage holders will continue to benefit.

Unemployment will be a theme for years to come. Many jobs will not return for a while, if ever. It is projected that 43% of California restaurants will remain closed. When will leisure and hospitality make a comeback? The Federal government can’t provide enough “stimulus” to keep over 10 million people afloat. 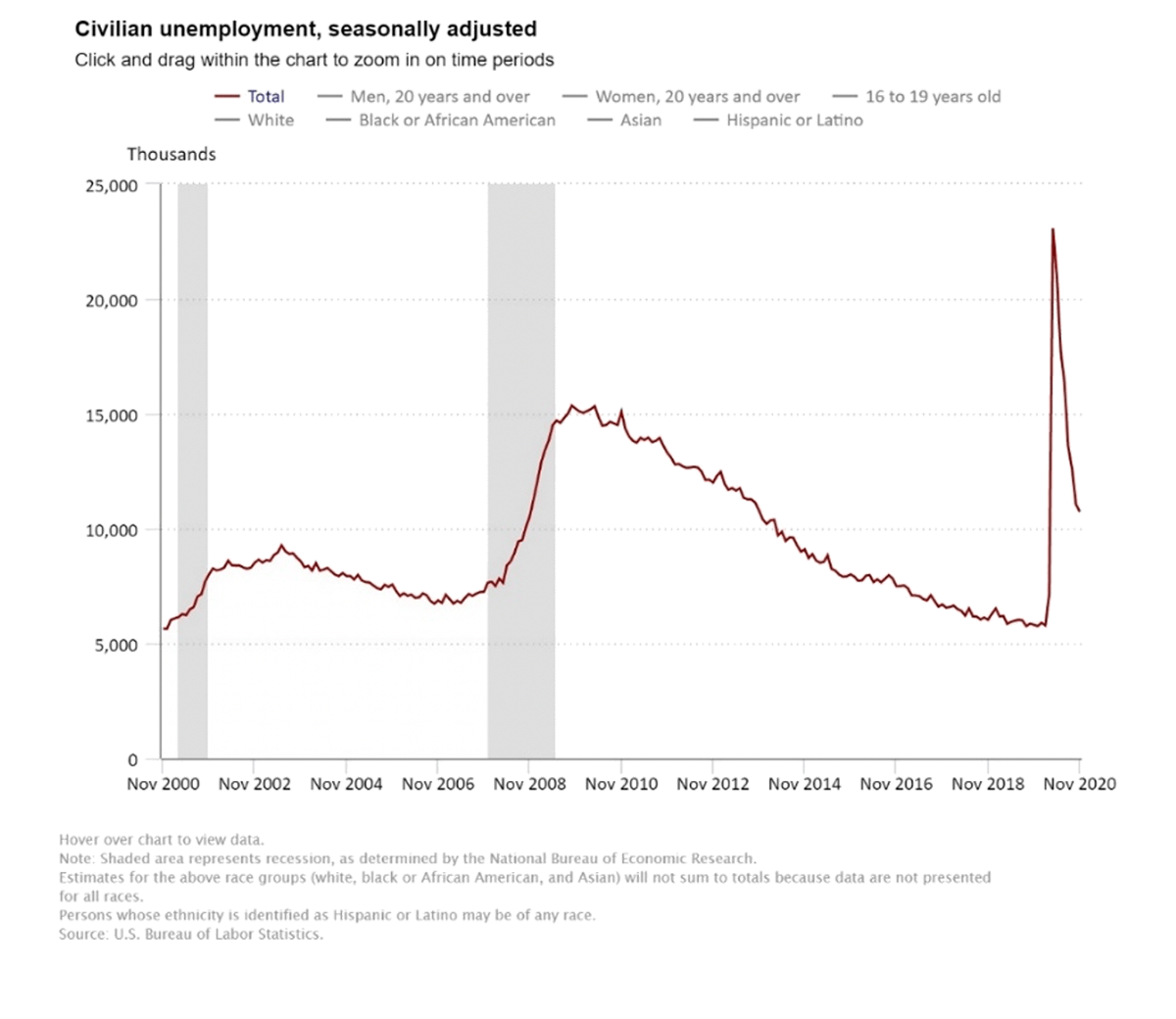 The vaccine rollout has not gone as quickly as planned and any continued hiccups could hurt the economy. Beyond the rollout, the effectiveness of the vaccine, especially with a new strain, could impact markets. Investors see the Biden administration as nicer to our international neighbors, but there are still some bad actors.

Who or what will challenge the administration and create geopolitical tensions? Will interest rates shock to the upside or will the economy stagnate with no inflation and no growth?

Positives for the Economy

The Fed has lowered borrowing costs and Congress poured trillions into the economy through stimulus for households and business. The charts below show M1 money supply (cash, checking accounts) and M2 (M1 plus money markets, CDs). 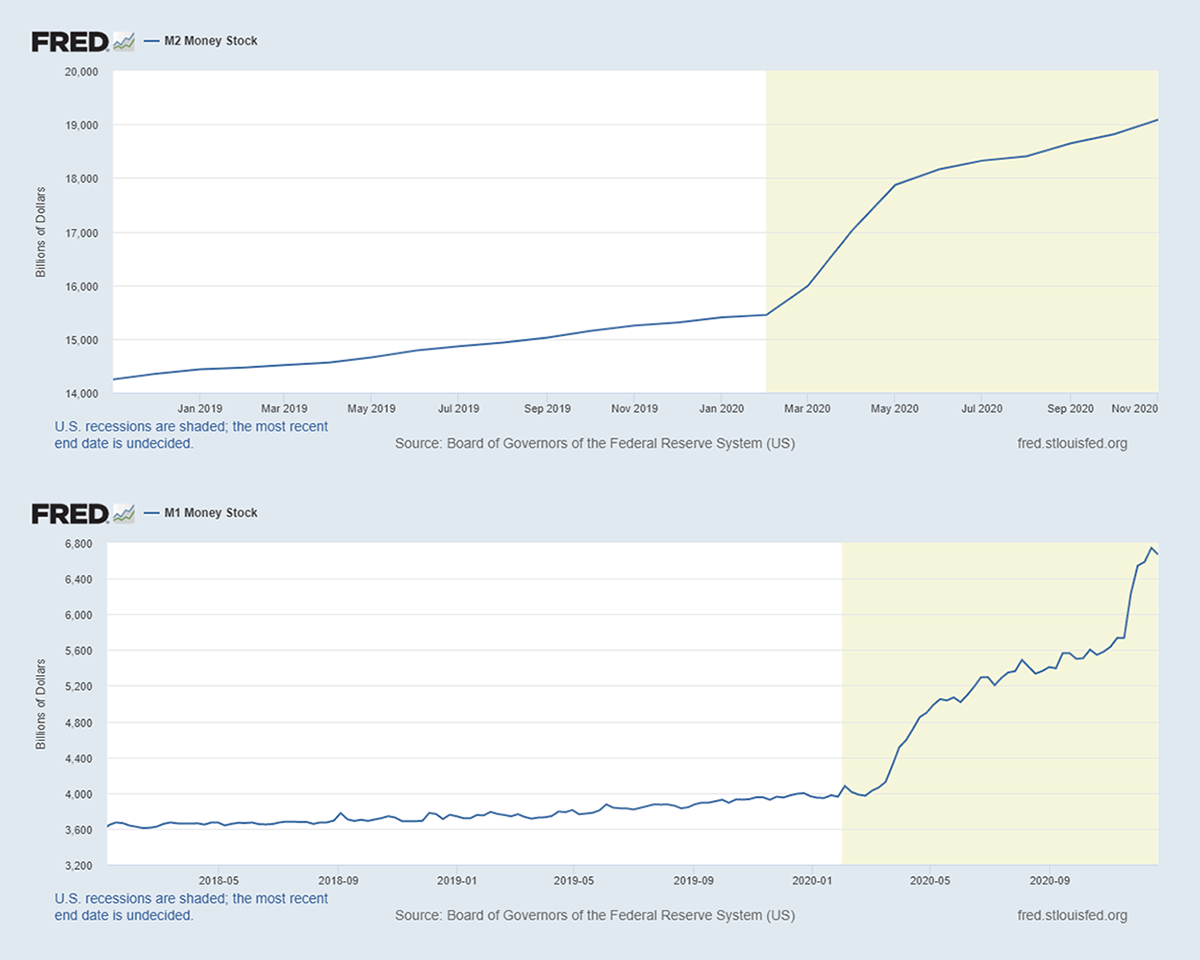 Notice the spike in both, meaning households are holding a lot of cabbage. Americans are not great savers, so the belief is that money will find its way into the economy once COVID is under control. Time to take a trip or buy a car. The trip domino could be great… book a flight, a hotel, get sunscreen, lipstick etc. Trickle-down spending.

Back in 1973, US and Israeli intelligence believed Egypt would not attack. The Egyptians were ill prepared, lacked training and it was Ramadan. October 6, 1973 proved intelligence wrong, as the Egyptians attacked, a major blow to Israel. The after-effect caused Israel to surrender land, dismissal of intelligence officers and the incorporation of a new approach to intelligence, the 10th man.

The 10th man discipline is where a group intentionally appoints at least one person to serve as a loyal dissenter. Ultimately it is to stop group think and help groups make better decisions.

Will the current market dance continue? I guess it depends on where you are in the conga line. Do you want to lead or be at the caboose? We hope to be in the front of the line, instead of chasing.

The stocks with heavy interest in 2020, could see things change as the economy opens and we begin to get outside. Electric or gas? Maybe it is time to own oil and gas companies.

If that happens, the spike in M1 and M2 money supply will shrink as we get out and spend, spurring the economy. Spurring the “opening-up” stocks. But danger is always lurking, and we are here to be your 10th Man.

2020 has taught us there are areas of the market that can remain irrational but jumping on the train because “everyone” else did, does not make for a good long-term plan.

We remain committed to broad diversification and being your loyal dissenter when group think sets in.