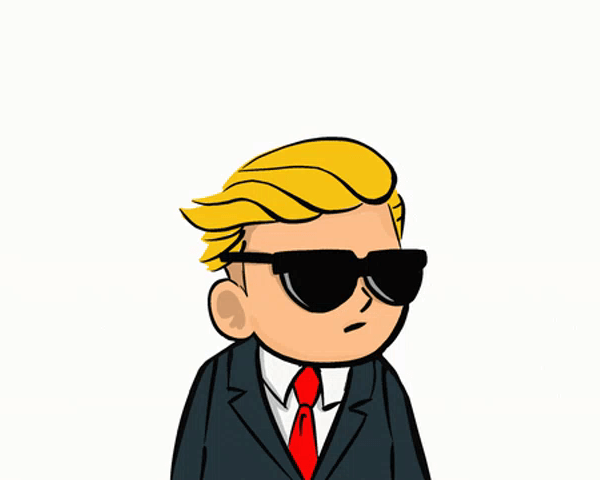 I was browsing for a new book on Amazon when I came across “The Confidence Man” by Herman Melville.  The book is set aboard a Mississippi riverboat, giving us a view into the human condition.  The term “con man” stems from “confidence man,” and Melville writes about the main character’s ability to expose human flaws such as cruelty, gullibility, and weakness.  Recent price action in a few stocks makes you wonder who are the con men and who are the conned?  Retail traders are known to pile in at the top, and currently they are piling into a share price that is divorced from fundamentals.  Who would buy an option of a company that is almost bankrupt? 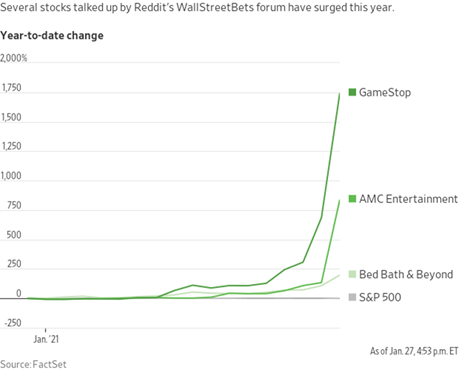 The Reddit forum above has become the central hub for lively trading in beaten-down stocks, most recently Game Stop (GME) and AMC Theaters (AMC).  But there are many more, such as Dillard’s, Bed Bath & Beyond, Macerich and Tanger Factory Outlets, to name a few. 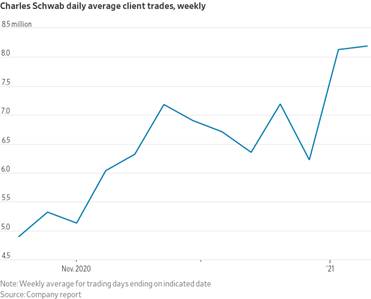 See the trend.  Beaten-down stocks that have been hurt not only by COVID-19, but the proliferation of online purchasing.  Who needs brick and mortar?  Along comes the hedge funds.  They looked at these companies and their prospects and shorted the stock (selling a stock you do not own in anticipation of it dropping) based on fundamentals (or lack thereof).

The Reddit forum WallStreetBets lit up with conversations to take it to the “establishment.”  Game Stock (GME) has traded over the last 52 weeks with a low of $2.57 and a high of $480.  Since the beginning of markets, the big guy has taken advantage of the small guy (the dumb money). But times they are a-changing.

Someone uncovered the “short” list held by the hedge fund Melvin Capital.  They also started looking at short interest (shares sold short divided by the number of shares outstanding) and banded together to start buying these stocks.  The squeeze was on.  A short squeeze occurs when a heavily shorted stock rises in price causing the short seller to buy more to minimize their losses.  This drives the price even higher.  The squeeze hit Melvin Capital hard as they needed emergency funding to the tune of $2.7B from other hedge funds to weather the losses from the Game Stop short. 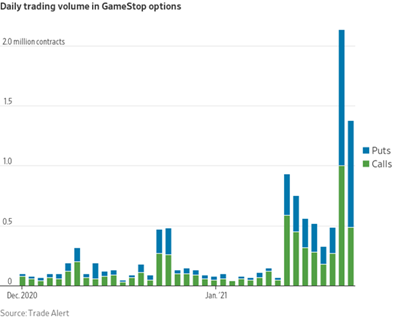 The debate is now sitting at the regulators’ desks.  Who is the con man, David or Goliath?  Goliath was able to have short interest of 140% of Game Stop’s float.  Meaning, they were short 40% more than the shares that are public.  How can this happen?  Where was the regulation to keep this from happening?  What banks allowed the hedge funds to borrow the money to place this level of a short?  With leverage, a $50 million hedge fund can control $500 million of securities.  Has Goliath been the con man all along?

What about the David?  Is it fair to band together and squeeze Goliath?  Maybe, but what does that do to the market?  For one thing, markets can retreat as short sellers purge their long stocks to pay for the shorts.  Online brokerage houses have maintained very laxed rules for trading; margin is easy to obtain, as is the ability to trade options.  The tug-o-war between David and Goliath is being watched by the regulators and brokerages.

Is this really the small investor or is the little guy a cover for the big guys?  The amount of volume and size would suggest it is not just the little guy.

Market Watch reported on the 28Th, a South Korean-based company MUST Asset Management sold their stake in GME, netting roughly $1 billion.  That is no David.   Expect reforms to come down the pike, TD Ameritrade and Robinhood are already starting to clamp down.  My son reported that his Instagram feed is livid at Robinhood as they have placed limits on trading in certain stocks.  The con of shorting more than the float will be looked at. As will the con of the regular investor getting caught up in the euphoria and losing their shirt.  Everybody else is making money, why not me?  They are not, but herd mentality suggests they are. 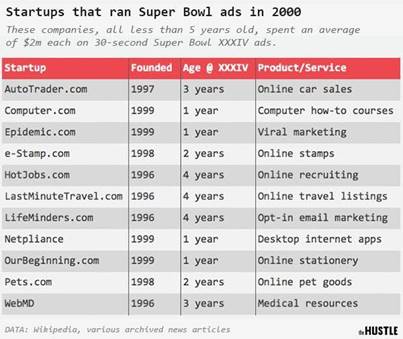 We are encouraged that individual investors are getting involved in the market, taking it back from the establishment.  But the concern is, will they retreat if they lose in the current mania?  This reminds me of 1999.  Instead of Reddit, everyone was on AOL Chat.  See the stocks below, remember any of those?  They were hot stocks, earning nothing, but taking in so much money they could pay for Superbowl ads.    We can see in the VIX, volatility is spiking.  That could be from the hedge funds selling their long positions to pay off their short bets, or it means investors are spooked.   The down market we saw on January 27th was expected as it was reported that short sellers in GME have a mark-to-market losses in the billions, that represents a lot of stock needed to be sold in order to cover. 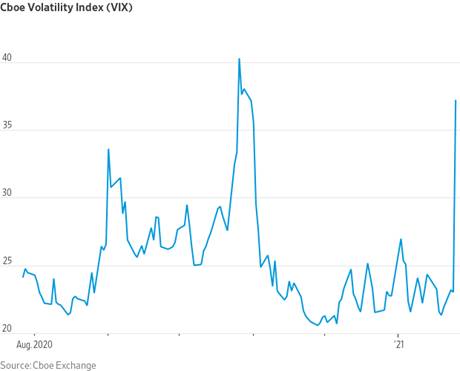 As we mentioned in our last newsletter, there are tremendous amounts of money on the sidelines and there are some great stocks out there for investors to own; there is no need to join the con. The last time the bubble burst in 2000, value stocks and those that had real cash flow performed well.   What is never discussed on these forums is the losses taken and that number generally outweighs the gains when mania sets in.  We are committed to being your loyal dissenter and guiding you to your goals.