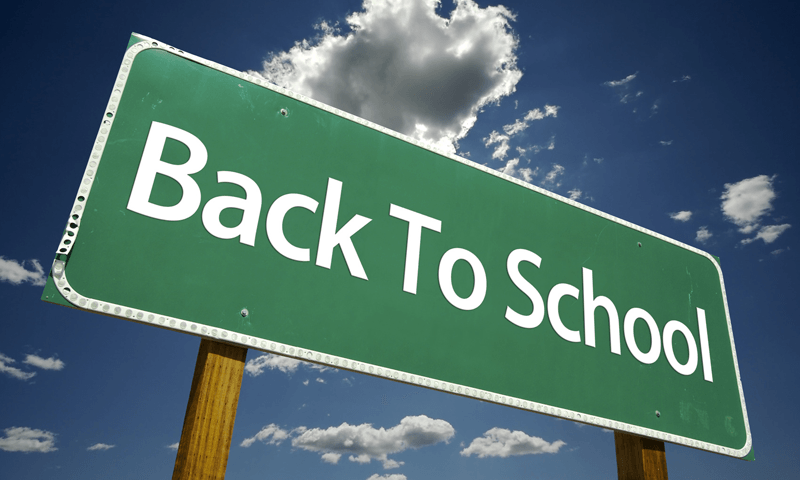 August is here and it is time for the kids to go back to school. For those of us with grade school age children it is bittersweet. A bit sad that another great summer has come to an end, but nice that we do not need to be Julie the cruise director for our kids free time. Bill Dodds once said that “Labor Day is a glorious holiday because your child will be going back to school the next day. It would have been called Independence Day, but that was already taken.” Now only a few more opportunities to hit the beach or walk around searching for Pokemon, time to get back into study mode and waking up early.

The markets look like they have come back from vacation as they have generally moved higher. As of August 5, 2016, 63% of Russell 2000 companies (small companies), 78% of Russell Mid Cap Companies and 84% of S&P 500 companies had reported 2016 results. The results were: 76% of Large Caps, 73% of Mid Caps and 65% of Small Caps have beaten their earnings expectations. (source: Credit Suisse)

Source: Charles Schwab, Factset data as of 8/1/2016.
Based on the research above, earnings per share estimates are the highest they have been all year. The chart above is for companies both in and outside of the United States. We have also seen more breadth to this current move forward. Breadth meaning that more companies have participated in the move.

Based on the chart below of the S&P 500, the markets have moved out of the range they were stuck in over the last year. The market, until recently couldn’t break out of the 2100 point level.

Word on the Street

While most CEO’s were not discussing Pokemon Go or the latest Drake song in their earnings calls they did mention a few noteworthy themes. Below are the themes discussed based on 785 second quarter company earnings call transcripts. The list below was not always mentioned in a negative light. As an example, some companies benefited from the pull back in the Pound once the Brexit vote was completed.

Volatility
As the market has moved upward, volatility has moved downward. We believe there will be an increase in volatility and we do get concerned when there is too much complacency. (chart below)

Consumer confidence has been healthy, job growth has improved (255,000 jobs added in July), unemployment rate is low and wage gains are taking hold. All of these together bode well for the economy. One area of concern that many of you have asked us about is the presence of asset bubbles. The chart below is of concern, although the current spike may not be like the other two. The 2000 spike was the tech bubble and the 2007 spike was the housing bubble. We are watching this as net worth (house and assets) have increased quite a bit as a percentage of disposable personal income.

Much like the first day of school there is the good (seeing your friends and wearing your new clothes) there is also the bad (not finding your locker, being late for class, having a bad teacher or a tough class), the markets and the economy have their good and bad. There will be pull backs and increases in volatility, but the global economy appears to be trending forward and the consumer is generally in good shape. August can be a tough month for stocks, but we always urge you to keep the long term view as the future looks bright.

PS. Speaking of a bright future. Below is Reverend Morgan presiding over Joe and Sarah’s nuptials on July 23, 2016.

* Past performance is not a guarantee of future results. Indices are not available for direct investment. Index performance does not reflect the expenses associated with the management of an actual portfolio.

CPI data are available from the US Bureau of Labor Statistics. Stock is the capital raised by a corporation through the issue of shares entitling holders to an ownership interest of the corporation. Treasury securities are negotiable debt issued by the United States Department of the Treasury. They are backed by the government’s full faith and credit and are exempt from state and local taxes. The indices are not available for direct investment; therefore, their performance does not reflect the expenses associated with the management of an actual portfolio. Past performance is no guarantee of future results, and there is always the risk that an investor may lose money. Diversification neither assures a profit nor guarantees against loss in a declining market. The information contained herein is based on internal research derived from various sources and does not purport to be statements of all material facts relating to the securities mentioned. The information contained herein, while not guaranteed as to the accuracy or completeness, has been obtained from sources we believe to be reliable. Opinions expressed herein are subject to change without notice.